'The most virtuous house of religion that was in England...' 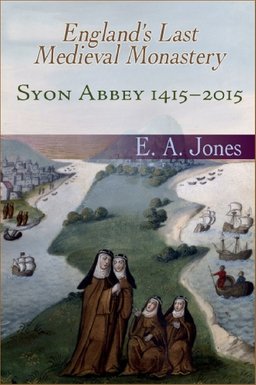 SO WROTE the chronicler Charles Wriothesley in 1539.  The life of Syon Abbey did not end with the Dissolution of the Monasteries. Founded by Henry V in 1415, England’s only house of the Bridgettine Order had been one of the richest monasteries of medieval England. But now the comm-unity went underground; they returned briefly under Queen Mary, only to leave again with the accession of Elizabeth.

They were to spend more that half a century ‘wandering’ - through the Netherlands and France, an exodus that brought them, in 1594, to Lisbon in Portugal.  Here they remained until 1861, when circumstances at last allowed them a return home to England. They settled in Devon, where the remaining sisters now live in retirement.

The history of Syon Abbey is an inspiring story of faith and fortitude, of an enclosed, contemplative community that found itself living through persecution and martyrdom, wars and revolutions, fire and earthquake, over six centuries of unbroken tradition and unyielding faith.  This book celebrates the sexcentenary of that community in 2015.

E A Jones is Associate Professor of Medieval English Literature and Culture at the University of Exeter and director of the research project ‘The English monastic experience, 15th-21st centuries: Syon at 600’.

DARTINGTON HALL (left), near Totnes in Devon, was the venue for a four-day conference to celebrate Syon Abbey’s 600 years of monastic life.

Organised under the auspices of the Humanities Department of the University of Exeter with funding from the UK Arts and Humanities Research Council and in collaboration with the Birgitta Foundation (Birgittastiftelsen) of Stockholm, it took place on 21st - 24th July 2015, the 23rd being Saint Bridget’s feast day. There was a recital of Bridgettine chant by the celebrated vocal ensemble Vox Silentii on the evening of the 23rd.  For more information contact Professor Eddie Jones on 01392 724272 or e-mail E.Jones@exeter.ac.uk Click HERE for the 'Syon at 600' project.

THE SYON ABBEY SOCIETY: This scholarly society, founded in 2009, aims to promote the study of the history and literature of Syon Abbey. Membership is free. Click HERE for their website.

SARA - Syon Abbey Research Associates has compiled an extensive list of resources to aid in the study of Syon Abbey. Click HERE for details.

'Bringing the Christian people together as they were in 1415...'

THE BRIDGETTINE Sisters of Syon Abbey never surrendered their monastery to the Crown although they spent many years in exile on the continent before returning to a new Syon Abbey in Devon in the Diocese of Plymouth.

The site of their pre-Reformation abbey, on the banks of the Thames at Isleworth, is occupied by Syon House (below) which is now the London home of the Duke of Northumberland.

To celebrate ‘Syon 600’ there was an open air ecumenical service in the grounds of Syon House in the afternoon of Sunday 19th July, 2015,  led by His Eminence Cardinal Vincent Nichols in the presence of His Grace the Duke of Northumberland.

Click HERE to take a look at photos of the event.

The guest of honour was Sister Anne Smyth, O.Ss.S., who was Abbess of Syon from 1976 - 2011. She is the last abbess now that Syon abbey has closed, and is the author and compiler of the new edition of The Syon Breviary in English. "A labour of love," she says, which has taken her twenty years altogether.

Sister Anne celebrated the golden jubilee of her profession in 2011 just a few weeks before the last Syon Abbey, in Devon, closed its doors for the last time. 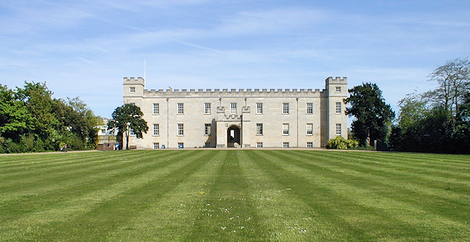 OXFORD UNIVERSITY PRESS have recently published the last of four volumes of the English translation of The Revelations of St Birgitta: translated by Denis Searby and edited by Bridget Morris. ISBN 978-0-19-516628-6 Hardback, 432 pages, £47.99p. Click HERE for details. 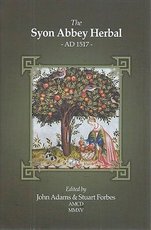 HERE'S a new book that's actually very old !  It's The Syon Abbey Herbal: The Last Monastic Herbal in Britain and was originally compiled in a notebook around 1517 by Thomas Betson, the last known librarian at Syon Abbey. His notebook also contains religious texts, handwritten notes on legal matters, secret writing, an alphabet of runes and two diagrams of the night sky.