Tea and refreshments were followed by a candle-lit recital of parts of Vespers from the Sisters' breviary in St Mary’s Church.  The prayers were led by Sister Anne Smyth, O.Ss.S. the last Lady Abbess of Syon and the cantor was Adrian Wardle, formerly a Westminster Cathedral chorister.

This unique event was organised by St Bridget’s Friends: a new group with a Facebook page which exists to promote daily prayer and Christian unity. 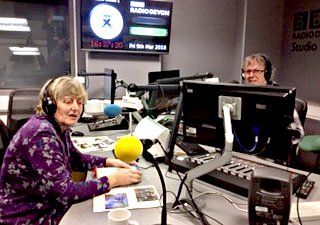 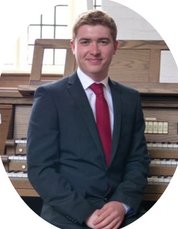 simply click on the buttons below (Open the files in separate tabs). You will need to scroll down to read the successive

pages of the booklet.  Please make sure your volume is turned up.  Thank you.

ANCIENT CHANTS were sung for the first time in public on St Patrick’s Day, 2018.  Music once heard only in the chapel of Syon Abbey, South Brent, was performed during a choral workshop at St Mary’s Church, Dartington on Saturday, 17th March, at 2.30 pm: an event which was open to all.

The nuns’ prayers which formed their daily office were translated into English from the original Latin about fifty years ago. The accompanying plainchant music was adapted from the original which has been in use by the Bridgettine Sisters of Syon Abbey for more than 600 years.

It was St Bridget of Sweden herself who, when founding her Order in the late 14th century, instructed that the nuns should recite the Holy Hours of each day in honour of Mary, the mother of Christ.

Syon Abbey itself was founded in 1415 near London by King Henry V, the hero of Agincourt, who was immortalised by Shakespeare.  The Sisters of Syon have kept up the prayers of the ‘Daily Office of Our Lady’ (The Syon Breviary) to this day.  They are the only English religious community to have survived the Reformation and the dissolution of the monasteries during the reign of Henry VIII.

The ‘Cantus Sororum’ (Lit. ‘Songs of the Sisters’) had not been heard outside the walls of their private chapel for more than six centuries and never before in English.  The Lady Abbess of Syon had their beautiful, gilded ‘Syon Breviary’ published in English in 2015 for their 600th anniversary.

The choral workshop was led by Michael Graham, director of Chapel Music at Exeter University. The event began at 2.30 pm in the nearby church hall and included an illustrated talk about Syon Abbey from the time it moved to Devon.